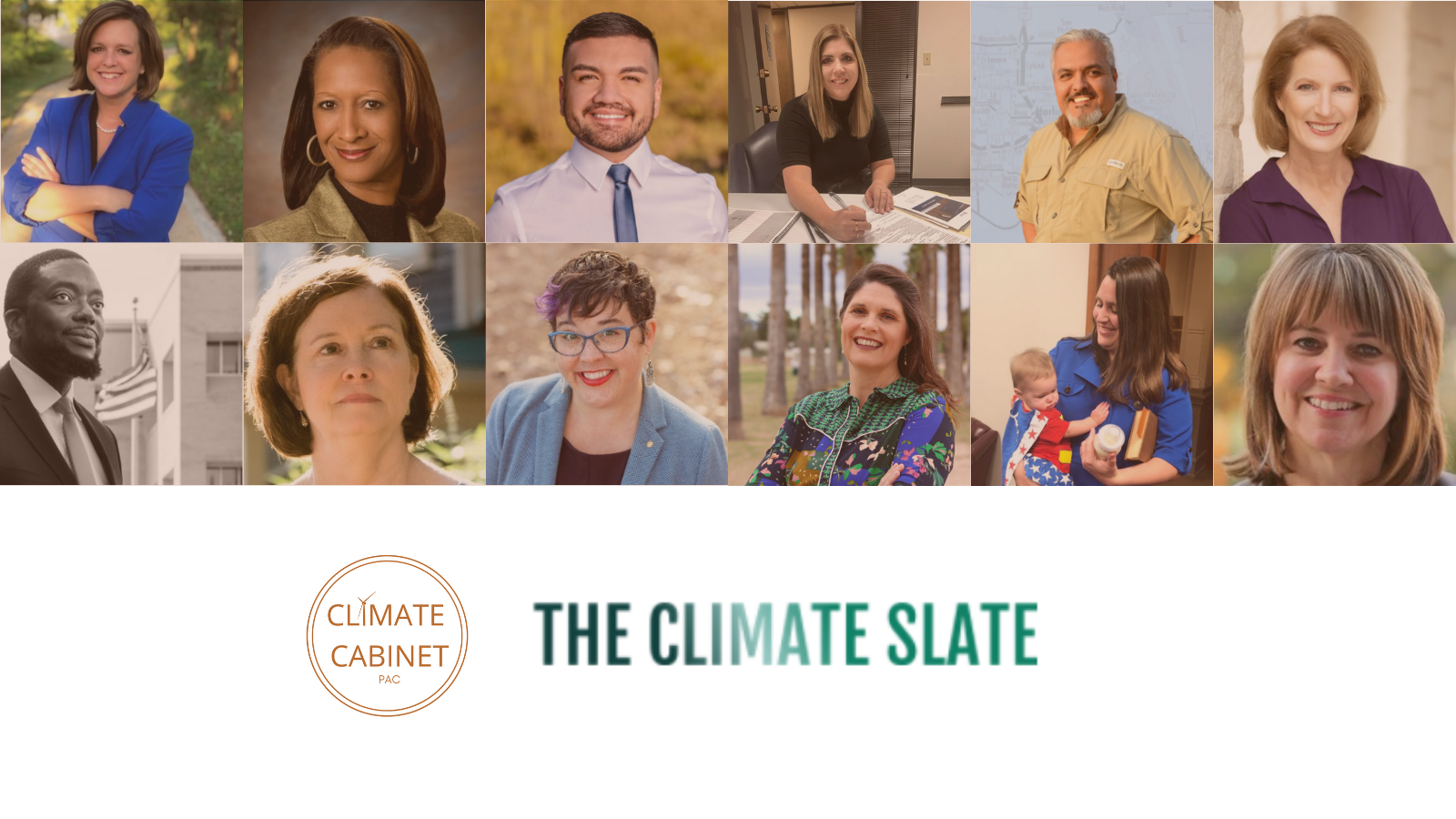 February 10, 2022: Today, Climate Cabinet PAC made their first endorsements of the 2022 election cycle and announced the Climate Slate — a list of 12 candidates running for state and local office who have the potential to make outsized contributions toward solving the climate crisis — alongside a $40,000 matching grant to support these climate champion’s campaigns.

‍Climate Cabinet has identified the best candidates in overlooked races with meaningful leverage over climate policy. This includes competitive primaries where every dollar goes even further in helping pro-climate elected officials win.

Climate Cabinet and their partners have combined local policy expertise with big data to identify the down ballot races with the greatest climate impact per campaign dollar. They have untangled the complex web of which of the 500,000 local and state elected offices across the country have the biggest and most immediate opportunities to reduce greenhouse gas emissions – and overlaid that intel with what it will take politically to put climate champions in office.
‍
These candidates are running in competitive races in Texas, Arizona, Missouri and Georgia. When they win, they will be tasked with big decisions that are crucial to achieving our national climate goals, spurring clean energy jobs, and furthering environmental justice.
‍
Climate Slate candidates include:

State and local governments can achieve 75% of the US’s commitments to the Paris Agreement, according to Bloomberg Philanthropies. From closing fossil fuel plants to legislating a strong clean energy standard, advancing clean transportation or cleaning up legacy energy pollution sites, there are countless decisions awaiting the right officeholder.
‍
Climate Cabinet has spent three years building the largest national database of political, climate, environmental justice, clean energy, and policy information to identify the highest impact climate races across the nation. Climate Cabinet has identified key races using our database and vetted candidates in partnership with a strong network of state and local partners with in-state expertise to develop the Climate Slate. Slated candidates will be supported with educational and messaging resources and fundraising support from our network of climate supporters .

For too long, entrenched polluting industries have held our communities — and electric grid — back, serving special interests instead of the people. They have deployed strategic electoral efforts to shape state and local policy, understanding the power to be had through state houses and city councils.

Public opinion is overwhelmingly in support of climate action and cleaning up pollution. Climate Cabinet is excited to support these exceptional candidates who will pursue ambitious climate action and environmental justice.
‍
See the full list of candidates and read more about their ability to have an outsized impact on climate on the Climate Slate website or donate directly via ActBlue.

***
‍About Climate Cabinet PAC: Climate Cabinet PAC finds and supports climate champions up and down the ballot to ensure every elected office in America is held by an official fighting for a just and equitable clean energy transition that creates jobs and makes life better for all Americans.