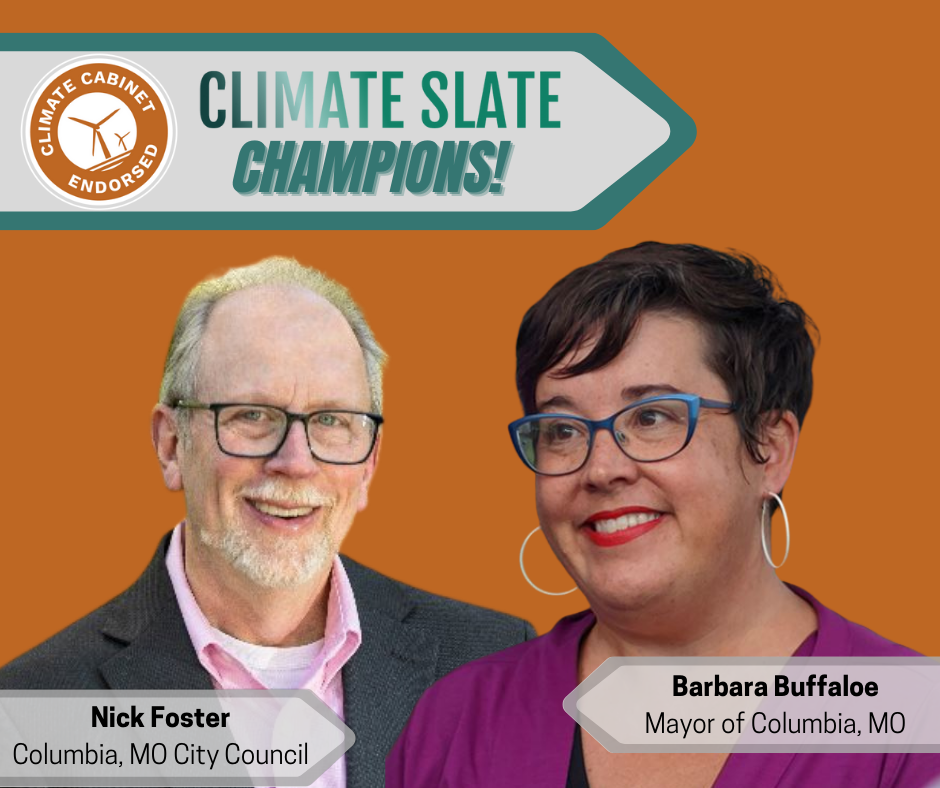 ‍Barbara Buffaloe and Nick Foster won their bids for Mayor and City Council in Columbia, Missouri – a city with BIG potential for climate action. Columbia owns its own electric utility, which has a share of one of the largest coal-fired power plants in the Midwest. Now Barbara, who is on the board of the Urban Sustainability Directors Network and served as Columbia’s first sustainability manager, and Nick Foster, a lifelong climate advocate, are at the helm.

‍This victory is a huge win for climate action and environmental justice.

Voter turnout was up 170% in Columbia’s municipal election this year – from 13% in 2021 to 23% this year. This says a lot about voter enthusiasm and Climate Slate candidates’ ground game.

Nick Foster started the election cycle as the underdog, but won decisively.  Barbara Buffaloe won her race by just 800 votes. Climate Slate donors were responsible for almost 10% of contributions to each campaign – and it’s clear that every dollar had a hand in these victories.

The result is climate leadership at the helm of 350 MW of fossil fuels now – while also building power for the long term, positioning Columbia to unlock economic and health benefits that will set a precedent for climate leadership across Missouri for years to come.

Climate voters made themselves known, and this is a big win for Columbia’s clean energy future. We look forward to continuing our work with Barbara and Nick.

Learn more about the Climate Slate at climateslate.com.