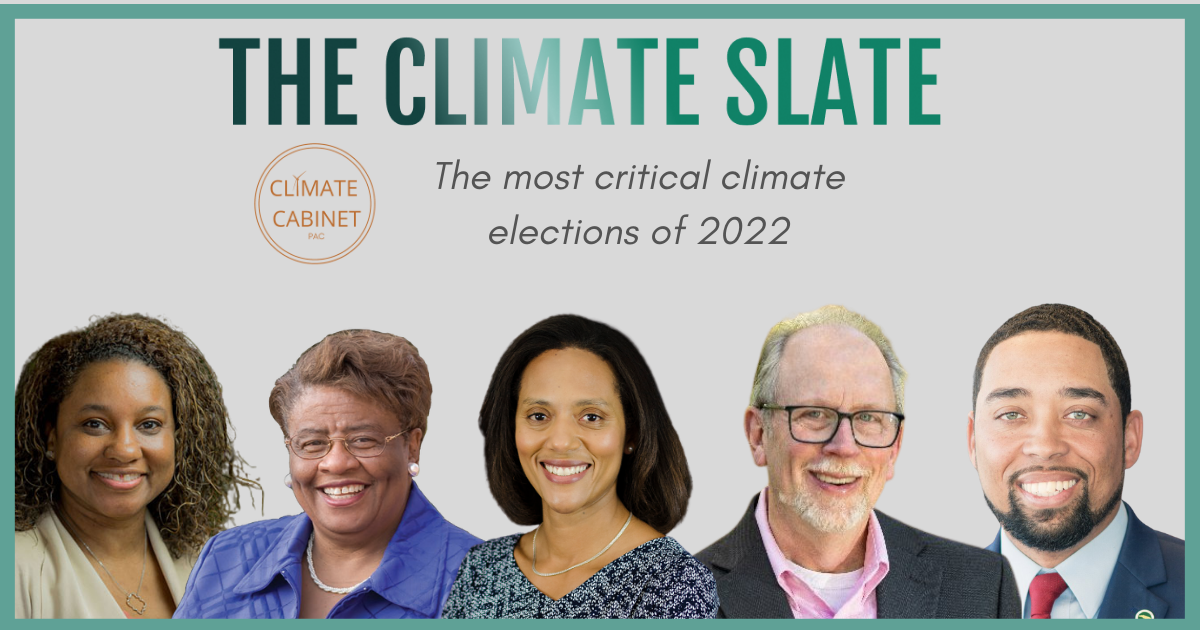 Did you see? This week, we added more climate and environmental justice champions to the Climate Slate, our shortlist of the top climate champions who need your support at a given moment in time.

We need to build political power to tackle climate change, from the local level up. This means getting involved in races where we can win now – to elect champs who will shut down coal plants, hold the line against Republican attacks, or protect chamber control – and build for the long term.

State and local policymakers alone can drive a 75% reduction of US emissions decisions, but they only receive 15% of the funding. Head over to ClimateSlate.com to support these critical climate champions – we’ve done the research, and we know these elections will maximize your “climate ROI.”